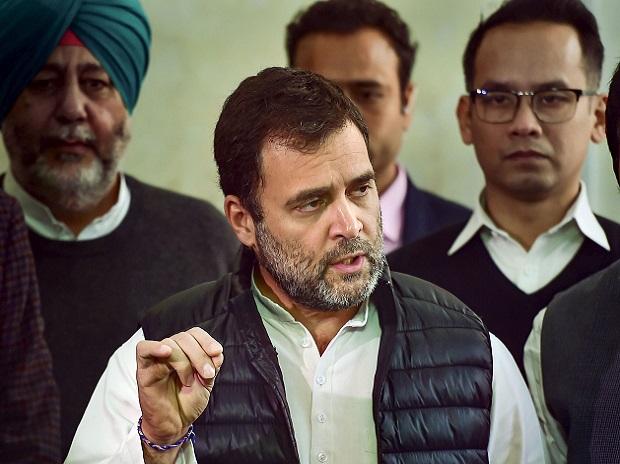 
Former Congress president Rahul Gandhi (pictured) has used the Covid-19 lockdown to speak to several experts across different fields, including former Reserve Bank of India governor Raghuram Rajan. The video of their conversation is likely to be streamed soon, and subsequently another of Gandhi’s conversations with a public health expert and others. Rajan met Gandhi and his sister Priyanka Gandhi Vadra a couple of months back, and they have been in touch ever since. Some in the Congress believe Rajan’s talk with Gandhi signals how the latter is trying to shape his team as the party awaits his return as its chief.

The Madhya Pradesh government seems to be actively scouting for alternative treatments to fight Covid-19. Chief Minister Shivraj Singh Chouhan has suggested yoga, chants and music be used to treat the infection. This came a day after the Bharatiya Janata Party government in the state announced its plans to distribute 10 million packets of a kadha (a herbal decoction), that is supposed to boost immunity and help the body keep infections away. Chouhan has also asked other leaders to send in their suggestions on alternative treatments. The state is hoping to come out with a “module” for treatment and reduce the death rate by adopting these methods, he said, suggesting bhajans and shlokas be used to boost the morale of coronavirus patients.

While several are not getting essential items like grocery amid the lockdown, there is a Covid-19 patient in Bhopal — being treated in a city hospital — who is “fed up with eating dal-chawal every day”. He recently shot a video alleging unfair treatment by the hospital authorities. His complaint: He was not getting the food of his choice. “I am fed up with eating dal-chawal all the time. I am a non-vegetarian and need mutton and chicken daily. I need fish tandoori too. Dal-chawal is causing pain in my gums. I can’t take this food any more. Please allow me home-cooked food.” The hospital authorities said they tried to fulfil his desire, but no fresh meat was unavailable in market due to the lockdown. After the video went viral and people started criticising him, the unhappy patient released another video where he said it was a mistake to release the first one and that the hospital was doing its best under the given circumstances.